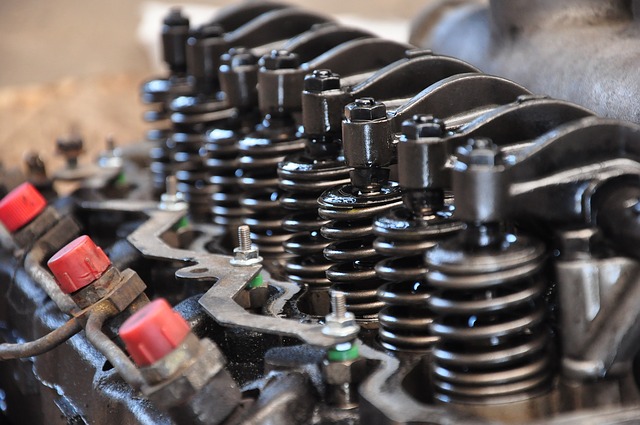 The engine represents one of the most important elements of excavators, loaders, dump truck, bulldozers, backhoe loaders and mini excavators.

Obviously, each type of machine will have a specific engine to adapt to the size and capacity of each individual machine.

Taop Parts, leader of the sale of original re-usable spare parts sector, checks the functioning of each engine before dismantling, certifying its correct functionality. As mentioned, each machine has a different type of engine. Let’s see what the characteristics are.

The bulldozer, despite having poor mobility, due to its size, is a machine used to level the land, to deforest and loosen, to level the soils, to extract stones. The engine is of the SA6D140E type with a power of 268 KW / 360 HP powered by diesel, water cooling, 4 cycles and 6 cylinders. Lubrication is driven by the gear pump. 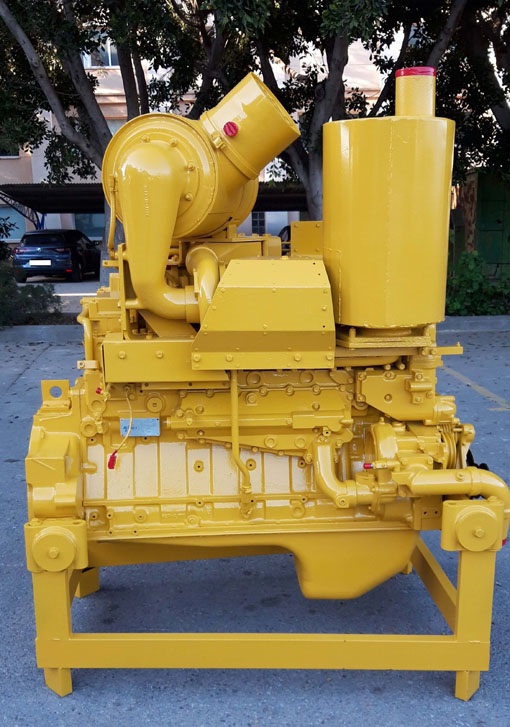 The fuel system is with direct injection, and there is a mechanical regulator for all speeds. In the following video we can appreciate the operation of the SA6D140E-2 engine realized in ours installations.

The articulated dump truck is a machine used for the transport and unloading of material, consisting of two different units. The tipper, in the rear part of the machine, and the tractor that joins the cab with most of the mechanical elements in the front. Both units are assembled starting from a fixing pin and two hydraulic cylinders which contribute to the rotation of the tipper body on the horizontal plane. These features make the articulated dump truck versatile and mobile so that it can be used on rough or muddy terrains. The engine is of the SAA6D140E type with a power of 294KW / 394 HP powered by diesel, common rail direct injection, water cooling, turbocharger and air aftercooler with emission control and 6 cylinders. Lubrication is driven by the gear pump.

The rigid dump truck is a machine capable of carrying a much higher payload than the articulated dumper. Designed with only two driving wheels, this type of machine is considered rigid because it is not composed of any articulation. 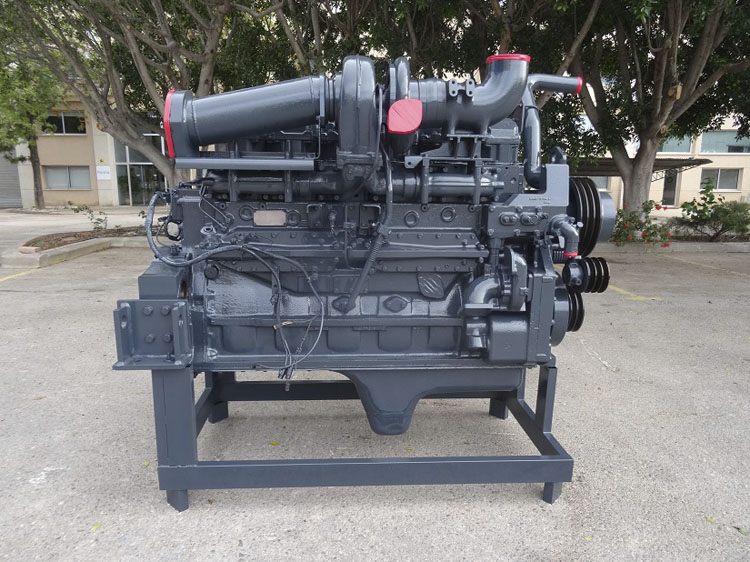 The engine is of the SAA6D170E-5 type with a power of 533KW powered by diesel, water-cooled, 6 cylinders.

The crawler excavator, also called hydraulic excavator, is a machine consisting of a frame on which rests a revolving turret in which in turn there is a driving position, engine, hydraulic systems and movable arm. The excavator arm roughly mimics the movements of the human arm and allows to use various accessories and tools. The most common of these accessories are buckets, used to carry out excavation operations, but there are also, for example, pliers, claws, forks, hydraulic hammers and other demolition accessories. This versatility makes the mechanical excavator an indispensable machine for earthworks on construction sites, bulk products handling operations, demolition, forestry activities as well as mining in mines and quarries. 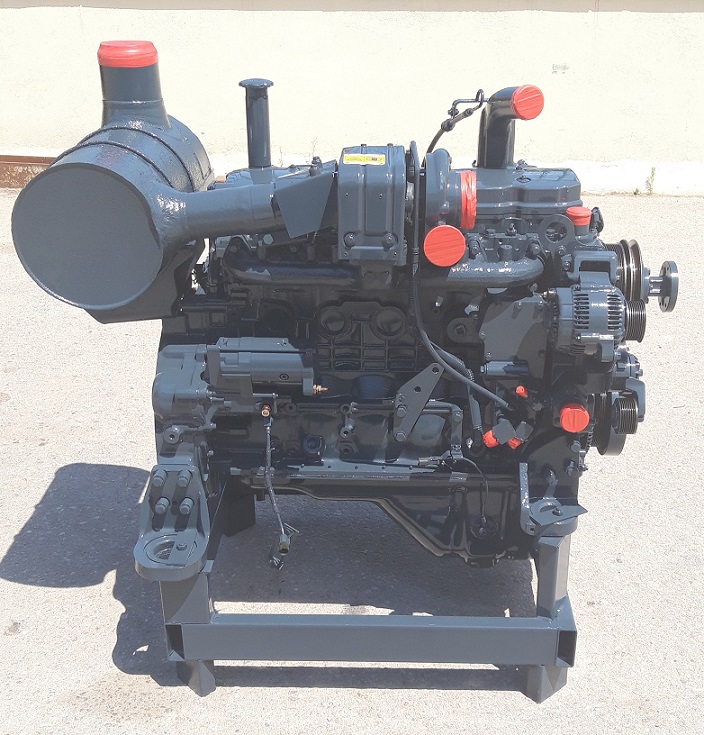 The engine is of the SAA6D107E type with a power of 110KW / 148HP powered by diesel, common rail direct injection, water cooling, turbocharger and air aftercooler with emission control and 6 cylinders.

The wheel loader is a machine used for moving earth, sand or gravel on construction sites and generally in particularly demanding working conditions. The engine is positioned at the rear of the driver’s cab, in order to increase stability. 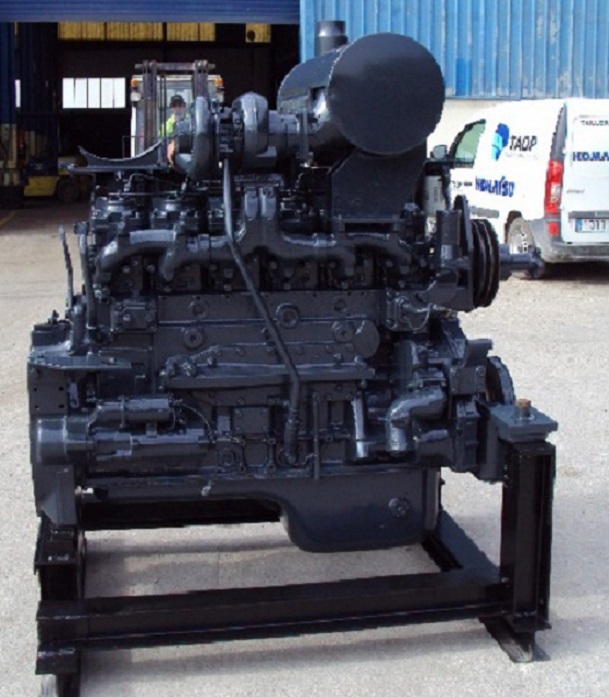 The engine is of the SAA6D125E type and has a power of 202KW / 271HP powered by diesel, water-cooled, 4 cycles and 6 cylinders. Lubrication is operated by the pressure gear pump.

The engine is of the VOLVO D12D AD E3 type with a power of 313KW / 309HP powered by diesel with direct injection and electronic control. 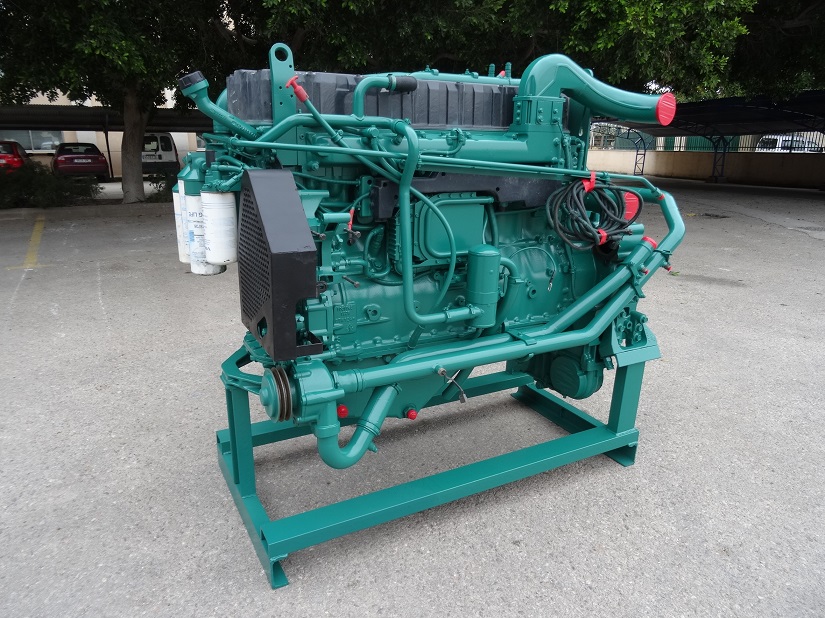 The turbocharger and the aftercooler provide cooling and the fan has variable speed.

The engine is of the VOLVO D12C EDE2 type with a power of 198KW / 265HP powered by diesel, direct injection and water cooling; it consists of 6 cylinders.

The engine is of the VOLVO D8H type with a power of 191KW / 260HP, turbocharged with 6 cylinders has low emissions, the particulate filter with active and passive regeneration that allows the gas to circulate.

The fan is located between the engine and the radiator and is variable speed and the cooling system is hydrostatic, with electronically controlled air-to-air fan and intercooler.

The engine is one of the most important components in an earth moving machine, so having an original reusable motor, such as sold by Taop Parts, means not only saving money on repairs, but being sure of using an original and verified spare parts and of safeguarding the environment.

Taop parts has thousands of spare parts available: all parts are overhauled by our technical department. Visit: www.taopparts.com.